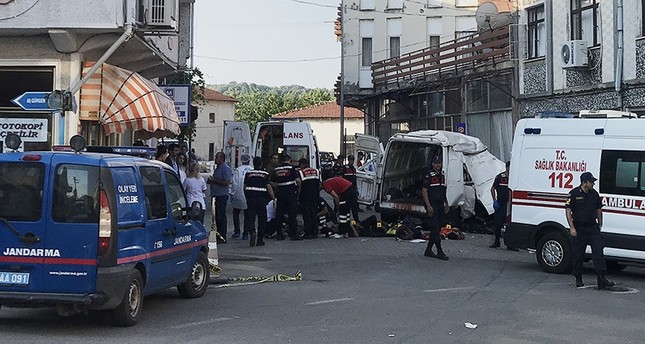 The accident occurred in the Meriç district of the province when the driver reportedly lost control of the vehicle and crashed into a wall.

“A number of migrants were injured and hospitalized after the incident,” the Demirören News Agency reported.