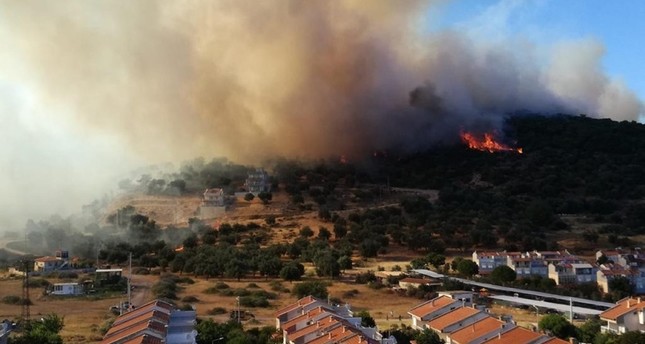 Firefighters on Sunday battled to contain a fire that erupted in a forestland of western Turkey’s Aegean province of Izmir.

The fire broke out in maquis shrubland in the Dikili region north of the Çandarli neighborhood on Sunday.

Three helicopters and 12 water tenders were sent to contain the fire.

The cause of the blaze remains unclear, but the flames spread due to windy conditions, Dikili Mayor Adil Kırgöz told Anadolu Agency.

Kırgöz said that the fire has not resulted in any casualties.

The fire was brought under control late Sunday, according to Ihlas News Agency.