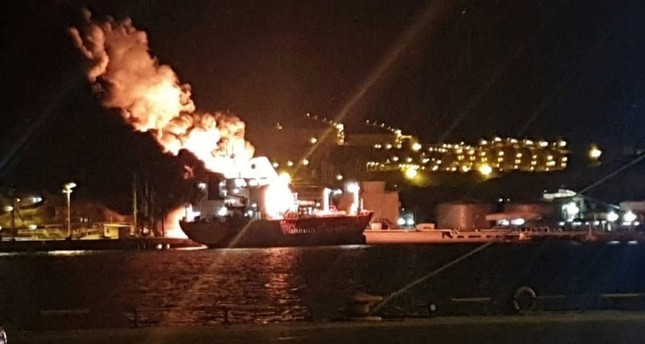 A dry cargo vessel in Izmir’s Aliağa port was engulfed in flames after an explosion late Monday.