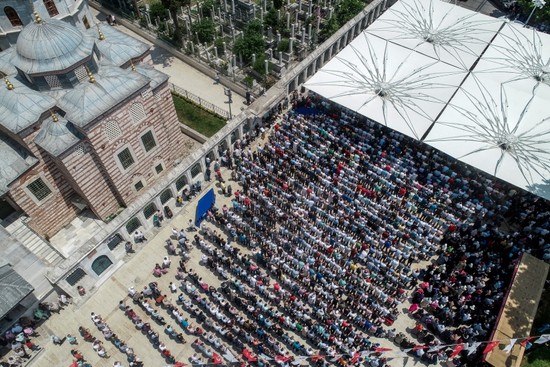 The prayer called by Turkey’s Religious Affairs Directorate (Diyanet) took place at the Fatih Mosque in Istanbul, where President Recep Tayyip Erdoğan was also among those praying.

Speaking after the prayers, Erdoğan said, “I would like to pay homage and extend my condolences to all of the people of Egypt” over the death of Morsi, whom he called Egypt’s rightful leader and a martyr. Erdoğan condemned the western world for remaining silent during the coup to remove Morsi and the following six years in prison, during which time he was tortured.

“I do not believe that Morsi’s death is a natural one,” Erdoğan said.

“Morsi wanted to buried in his village as he stated in his will, but el-Sissi denied him that. They are even scared of the remains of Egypt’s first democratically elected president,” he added. 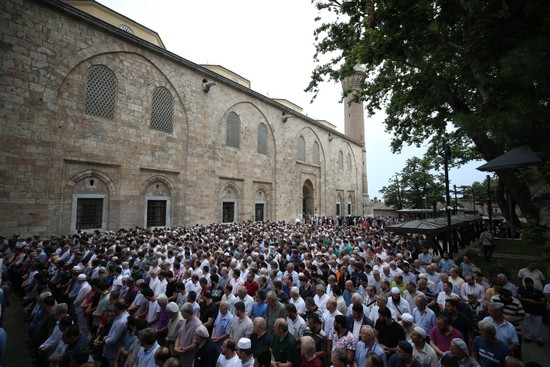 In the capital Ankara, hundreds gathered outside the Egyptian Embassy in a demonstration in remembrance of Morsi, denouncing the government of current Egyptian leader Abdel-Fattah el-Sissi. 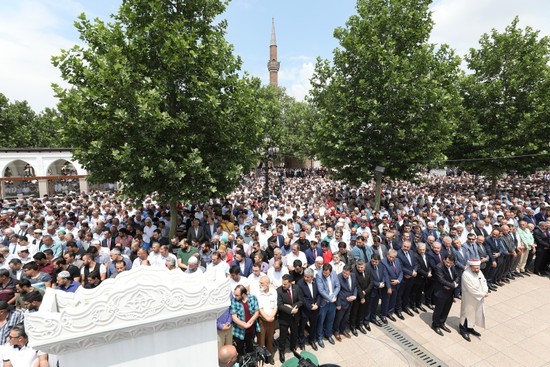 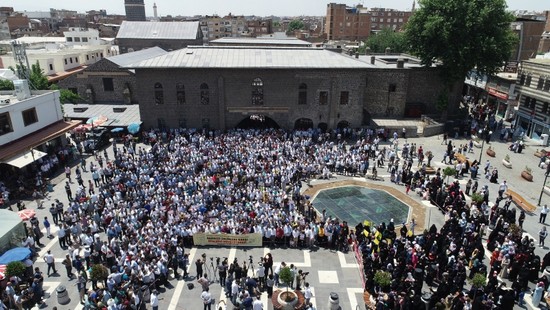 Thousands of others also gathered in Bursa, Konya and Diyarbakır as well as in dozens of other provinces to hold funeral prayers in absentia. 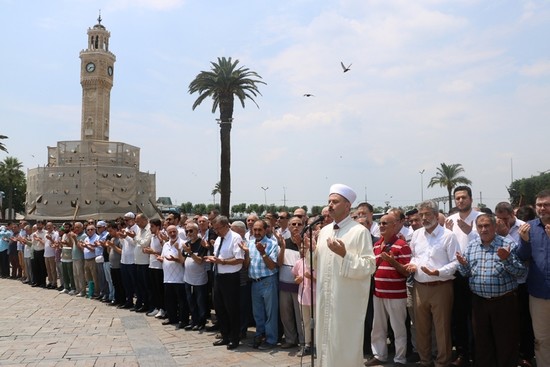 The Diyanet announced Monday evening that funeral prayers in absentia would be held Tuesday in mosques across the country to honor Morsi’s life and his struggle. 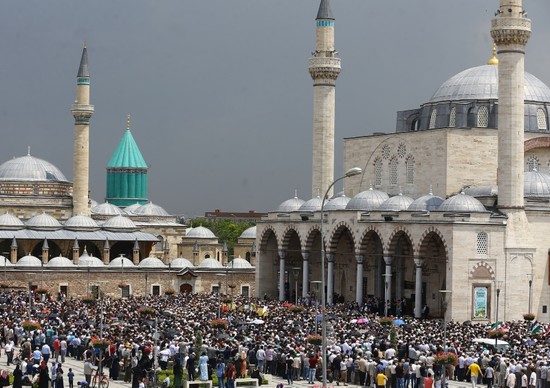 Morsi was elected president in 2012 but was ousted in a military coup a year later. The military crushed the Muslim Brotherhood movement in a major crackdown, arresting Morsi and many others of the group’s leaders, who have been in prison undergoing multiple trials ever since the coup.

Morsi reportedly died from a heart attack Monday during a court session. The country’s state television reported early Tuesday that Morsi was “suffering from a benign tumor, had continuous medical attention and his death was caused by a heart attack.”

He was buried in Nasr City, east of Cairo, early Tuesday morning.

Amnesty International and other rights groups have called for a fair, transparent and comprehensive investigation into Morsi’s death and raised questions about his treatment in prison. Egypt’s government has dismissed accusations that he was badly treated.